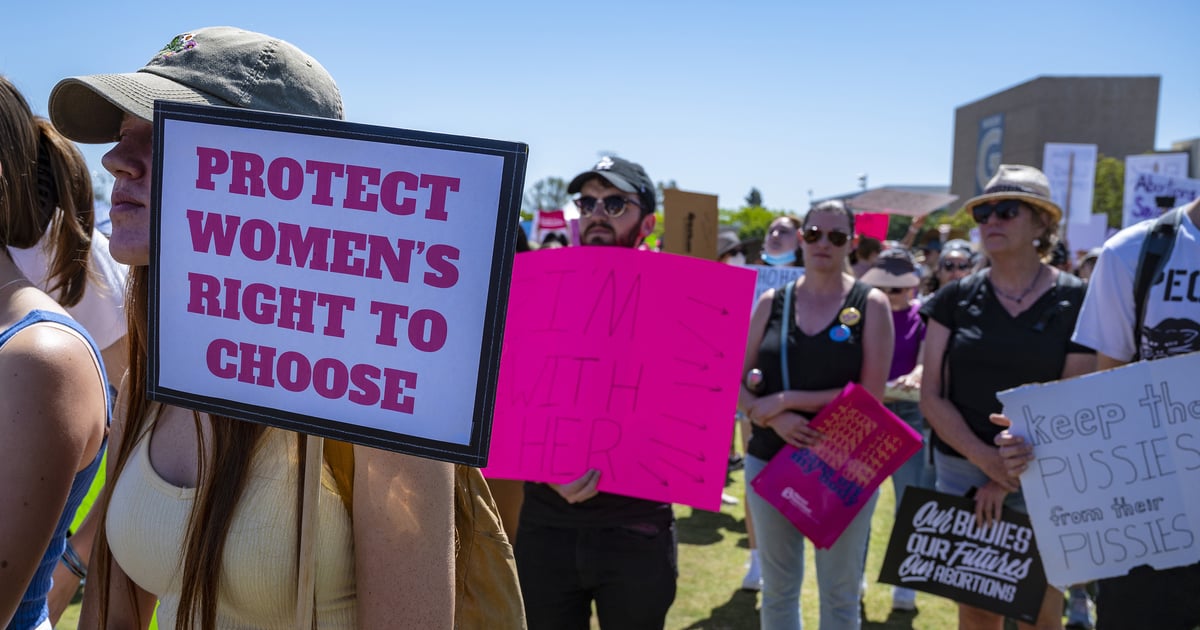 In today’s news of state-enforced abortion bans, we have an update. Earlier today, Planned Parenthood announced that it would be suing to block Florida’s restrictive abortion ban from taking effect on July 1.

In case you missed it, days after Arizona Governor Doug Ducey signed a bill banning abortion after 15 weeks, Governor Ron DeSantis of Florida followed suit. On April 15, Governor DeSantis signed a bill that would also ban most abortions after 15 weeks — the exceptions being if the abortion is necessary to save a mother’s life, prevent serious injury to the mother, or if the fetus has a fatal abnormality, per NPR. This ban was supposed to go into effect on July 1, but the Planned Parenthood lawsuit may change that.

“We’re suing to block Florida’s 15-week abortion ban from taking effect on July 1. Not only does it violate the state’s constitution, but it will force Floridians to remain pregnant against their will, violating their dignity and bodily autonomy. We will never stop fighting to get our patients the care they need,” Planned Parenthood wrote in an Instagram post.

In the caption, the organization clarified “Abortion is still legal in Florida. If you need an abortion, call 1-800-230-PLAN or visit AbortionFinder.org to make an appointment.”

In light of the recent news that the Supreme Court will likely overturn Roe v. Wade, activists say it is crucial to emphasize that abortion is still legal — not necessarily to create a sense of false hope, but so people know they can still seek abortions right now if they need.

Lupe M. Rodríguez, executive director at the National Latina Institute For Reproductive Justice (also called the Latina Institute), previously told POPSUGAR, “We think it’s really, really important for folks to know that this is not a final decision,” she says. “While there’s a strong signal that the Supreme Court will overturn Roe v. Wade, it hasn’t done so yet, and we need folks to continue to . . . go and get the care they need and to know that they can do so legally.”

In the meantime, Planned Parenthood is determined to fight back. The president of Planned Parenthood Action Fund Alexis McGill Johnson wrote in a Tweet: “No one should be forced to travel hundreds, let alone thousands of miles for essential health care — but this abortion ban would do just that. @PPFA pledges to stand with patients and fight this ban until all people can get the care they deserve. Florida, we’ll see you in court.”

No one should be forced to travel hundreds, let alone thousands of miles for essential health care — but this abortion ban would do just that. @PPFA pledges to stand with patients and fight this ban until all people can get the care they deserve. Florida, we’ll see you in court. https://t.co/Oojte6R21u

For more information on how you can support abortion rights currently, you can visit this article here.