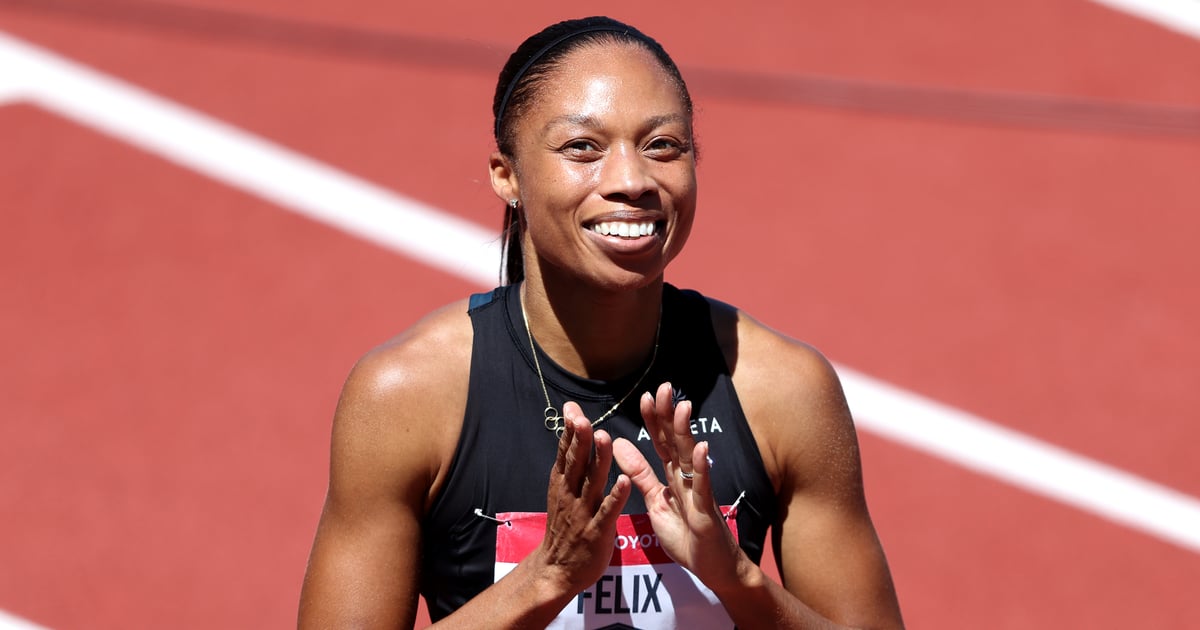 Editor’s Note: We at POPSUGAR recognize that people of many genders and identities give birth, not just those who are women. For this particular story, we interviewed sources who generally referred to people who give birth as women.

In 2018, Allyson Felix was pregnant with her first child. Her healthy lifestyle and the easy pregnancy she’d had so far led her to believe her birth would go according to plan. But at 32 weeks, the most-decorated track and field athlete in US history was diagnosed with a “severe case of preeclampsia.” She underwent an emergency C-section, and her daughter, Camryn, spent her first month in a neonatal intensive care unit (NICU).

According to the Mayo Clinic, preeclampsia is a serious pregnancy complication that may cause high blood pressure and organ damage, likely caused by several factors, including problems with blood circulation in the placenta. If left untreated, preeclampsia can be fatal to both the baby and the person giving birth.

Fortunately, over three years later, mom and daughter are both healthy and thriving. Felix is about to close out her final track season at the world championships beginning this week, and Camryn is a constant fixture on the sidelines of her mom’s practices and races. But Felix’s childbirth experience has stayed with her. “I didn’t realize that I was at risk [for pregnancy complications],” she tells POPSUGAR in an interview in partnership with Pampers’s Raise Care, Deliver Joy campaign. “And I felt I was thrust into the situation that I wasn’t prepared for.”

The experience opened Felix’s eyes to the Black maternal health crisis in the United States, which hasn’t only impacted her. Serena Williams had a life-threatening childbirth experience involving blood clots, which was prolonged when medical staff failed to listen to her requests for a CAT scan. “Giving birth to my baby, it turned out, was a test for how loud and how often I would have to call out before I was finally heard,” Williams wrote in an April essay in Elle.

According to data from the Centers for Disease Control and Prevention (CDC), Black people who give birth are three times more likely to die from pregnancy-related causes than white people, despite the fact that about 60 percent of all pregnancy-related deaths are preventable. Further CDC research notes that the stark racial disparities persist over time and across age groups and education levels.

“I felt that was my job: to share my story and to help other women to understand some things that they could look for.”

The disparities are caused by “variation in quality healthcare, underlying chronic conditions, structural racism, and implicit bias,” the CDC says. Terri Major-Kincade, MD, a double-board-certified neonatologist, pediatrician, and spokesperson for Pampers, can boil it down even further: “Most of these issues are related to the quality of care we receive, and when I say quality of care, I mean not listening to [the patient].” She adds, “I actually see it every day . . . You may have one woman that’s Black, one woman that’s white, two women asking the same question: ‘I’m concerned something’s not right. Can you check this? Should I really go home?’ [For] one person, we may order other tests. The other person is labeled as angry, as difficult. That happens often to women of color.” Individually, Dr. Major-Kincade believes, doctors try to do the best job they can, “but we are in systems that are filled with bias,” she tells POPSUGAR.

Part of Felix’s work now is to encourage other Black pregnant people to advocate for themselves in the doctor’s office. “The biggest thing is to not be intimidated,” she says, while acknowledging how hard that can be in a doctor’s office. “Just [don’t] let it go, whether that is yourself speaking up or having somebody else in place. I know for myself, it was really my partner, my family who had to speak up on my behalf, because I wasn’t able to. And just being prepared to do that is really big.” Having those conversations with a partner or trusted friend or family member prior to going into labor, and ideally early on in the pregnancy, helps to ensure the pregnant person’s needs will be prioritized even when they’re not in a position to advocate for themselves.

The burden of changing a biased system also falls on the healthcare institution, Dr. Major-Kincade says. But in the meantime, being a self-advocate in the doctor’s office is crucial. “I am encouraging people, when you meet your provider, [to] say, ‘Hey, I am a woman of color in the United States. I saw Allyson’s story. I’m very concerned that I’m going to be a statistic. What are you doing to make sure I get equitable care?'” she says. “And if we find that we are in front of somebody who is offended because we’re using our voice, that’s when we know, ‘OK, well, I need to find another provider.'”

Felix felt blindsided by her difficult birth experience, and she was compelled to share it to help raise awareness. “When I went through it, I didn’t realize that I was at risk,” she says. “I felt that was my job: to share my story and to help other women to understand some things that they could look for.” If something doesn’t feel right, “don’t let anybody dismiss you,” she emphasizes. Take advantage of other resources, Dr. Major-Kincade adds, like doulas and midwives. And if you do want to get pregnant, “don’t shy away from the experience just because you’re at risk,” Felix says. “Know that you can experience the full joy of pregnancy and parenting.”

Being a mom to Camryn is “the most special, best job I’ve ever had,” she says now. “I just enjoy just watching her grow . . . I’m having the best time.”