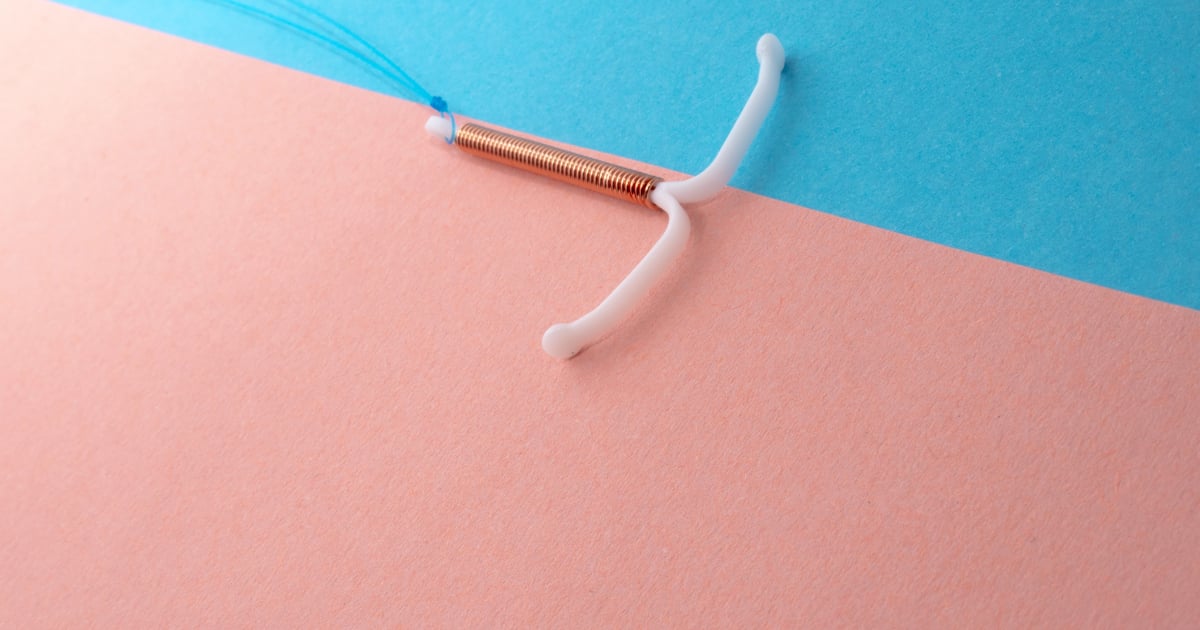 Among the many different birth-control options out there, intrauterine devices, better known as IUDs, are one of the more common methods people choose. Though it’s not as common as taking the pill — 10 percent of women ages 15-49 currently use an IUD, compared to 14 percent of women who use oral contraceptive, according to the CDC — it’s a great option for those looking to prevent pregnancy and/or help manage painful period symptoms.

Of course, there are pros and cons to every birth-control option, but one reason why someone might choose an IUD over an oral contraceptive is that it doesn’t require you to consistently take a pill every day. Side effects from an IUD are also rare, and “the failure rate for the IUD is less than one percent,” Megan Gray, MD, a board-certified ob-gyn with Orlando Health, previously told POPSUGAR.

On the other side of that, IUD insertion can be painful for some people. As Dr. Gray previously told POPSUGAR, “the pain can range from sharp pain, period cramping, or like a ‘gut punch.'” People also worry about whether or not an IUD can be felt during sex, since an IUD is placed inside the uterus through the cervix.

To clear up this question searched on Google nearly 1,300 times a month, we spoke with an expert who answers once and for all whether or not you can actually feel an IUD during sex.

What Is an IUD, and How Does an IUD Work?

First, let’s establish the basics. An IUD is a small T-shaped device that’s placed inside the uterus through the cervix. You can choose between a copper IUD, which prevents pregnancy and does not release hormones, and a hormonal IUD, which prevents pregnancy by releasing estrogen. Regardless of which type of IUD you choose, the IUD will have a long set of strings attached to it, explains ob-gyn Alyssa Dweck, MD, a practicing gynecologist in Westchester County, New York. These strings are “smooth, mobile, and very thin,” she tells POPSUGAR. (Think: like fishing line.) The strings are there so your doctor can easily confirm that the IUD is in the proper position, and they’re also used to remove the IUD when it expires or if you choose to have it taken out, Dr. Dweck says.

Can You Feel an IUD During Sex?

Yes, it is possible to feel an IUD during sex, but the only part of the IUD that you or a partner should ever be able to feel are the strings, not the IUD itself. During penis-in-vagina intercourse, partners with male sex organs may feel or notice the IUD strings if they are “pointing” out of the cervix canal at a specific angle, Dr. Dweck says.

“While there is no medical danger to a male partner feeling IUD strings during sex, it may be slightly uncomfortable,” she explains. “The string is a soft plastic monofilament but, at times, can give a ‘poking sensation’ to a male partner. This is easily remedied by trimming the strings,” which can be done by a medical professional. However, she says sexual partners feeling IUD strings is “an almost nonissue” with her patients. Your doctor can help you make the call on if your IUD strings need to be trimmed. (And, for the record, your IUD strings should only ever be trimmed by a trained and certified medical professional.)

It’s also possible your IUD strings may be felt during finger-in-vaginal-canal intercourse, but Dr. Dweck says the partner would really need to try in order to feel it.

If you or your partner are experiencing pain during sex that you think could be related to the IUD — and it’s more than just a little poke from the strings — it could be because the IUD has moved. If this is the case, it’s crucial to be mindful of your symptoms and visit your doctor to make sure your IUD is in the right position.

How Can You Check Your IUD Strings to Make Sure It’s in the Right Position?

Dr. Dweck recommends patients check for their IUD strings every month to make sure it hasn’t moved from its proper spot in the uterus. In order to do this, Planned Parenthood suggests putting your fingers into your vagina and reaching up toward the cervix, where your IUD strings should be. However, you should not tug on the string. (It’s worth noting that not everyone is able to feel their IUD strings, whether it’s because of the string length or your anatomy.)

If you regularly check your strings and they feel longer than usual, Dr. Dweck says this could indicate that your IUD has shifted position. If you can’t feel the strings but were previously able to, there is a chance the IUD has fallen out or penetrated the uterine wall — though Dr. Dweck said this occurrence is very rare. In either circumstance, it’s a good idea to visit your doctor for a checkup, especially if you’re experiencing any sort of pain or you or your partner are feeling the strings more so than usual.

20 Gifts For Every Fitness-Lover on Your Shopping List
This 1-Week Weightlifting Workout Plan Will Become Your Forever Go-To
26 Best Athleisure Brands to Get You Through 2022
The Creators of the Theragun Just Released 8 New Wellness Tools — and They All Hit the Spot
How to beat your face like a pro!