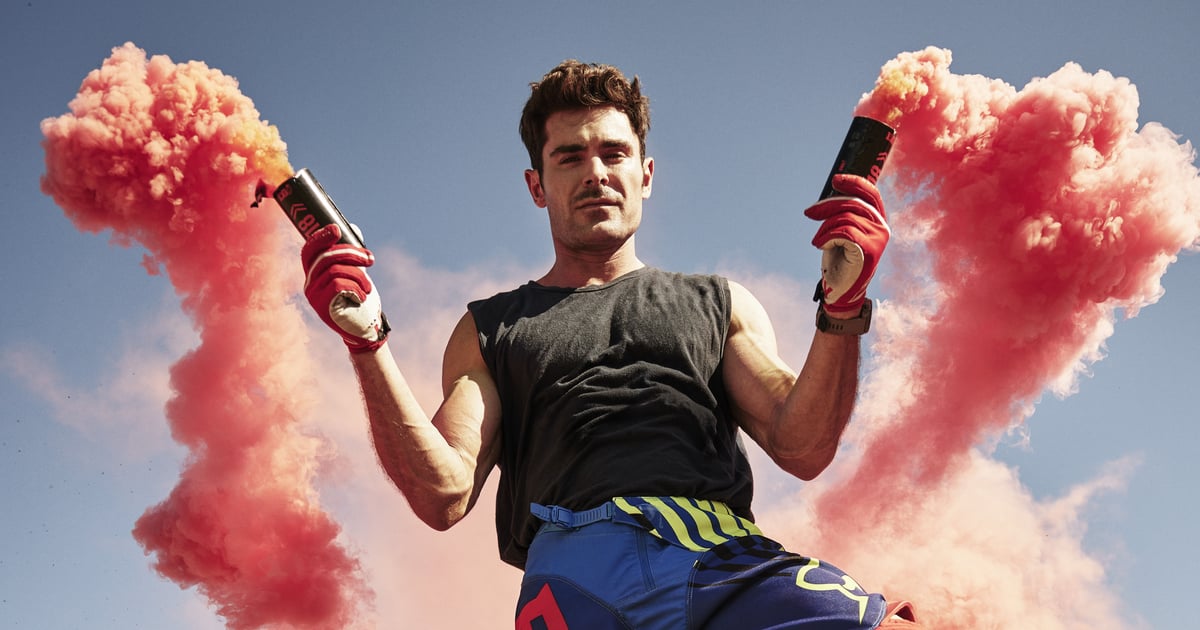 Scrutinizing celebrities’ bodies is nothing new, unfortunately, particularly for women. But celebrity men struggle with their own gendered expectations, from veiny biceps to “washboard abs.” Zac Efron has set a lot of those unrealistic standards himself, but that doesn’t mean he’s immune to the damaging effects. In a new interview for Men’s Health‘s October cover, Efron shared how the immense pressure to exemplify the “ideal” body — and the lengths he went through to get there for his role in “Baywatch” in 2017 — have actually been quite harmful to his own health.

Now, Efron recognizes the impact of perpetuating unrealistic body standards through his roles, both for himself and others. “That ‘Baywatch’ look, I don’t know if that’s really attainable. There’s just too little water in the skin. Like, it’s fake; it looks CGI’d,” he told Men’s Health. “And that required Lasix, powerful diuretics, to achieve. So I don’t need to do that.”

“I fell into a pretty bad depression, for a long time. Something about that experience burned me out. I had a really hard time recentering.”

Diuretics are typically used to treat high blood pressure, according to the Mayo Clinic. But the drugs have a history among bodybuilders and Hollywood because they reduce the amount of fluid in the body between the muscle and skin, which gives that lean look that we associate with “ripped” bodies. Abuse of diuretics can cause severe dehydration, electrolyte imbalance, and, in severe cases, death.

In addition to taking diuretics, Efron admitted to overtraining on very little sleep. His excitement for “Baywatch” waned as the lack of recovery took a toll on his body and mind. “I started to develop insomnia,” he said, “and I fell into a pretty bad depression, for a long time. Something about that experience burned me out. I had a really hard time recentering. Ultimately they chalked it up to taking way too many diuretics for way too long, and it messed something up.”

Efron told Men’s Health that he’s opening up about the experience now because he wants people trying to obtain the “Baywatch” body to know how devastating the process was for him and how it took six months afterward to finally begin to feel OK. After filming ended, Efron says he was able to take a real break from work and went to Australia to fall out of shape for the first time in his adult life.

“At one point, that was a dream of mine — what it would be like to not have to be in shape all the time,” he says. “What if I just say, ‘F*ck it’ and let myself go? So I tried it, and I was successful. And for all the reasons I thought it would be incredible, I was just miserable. My body would not feel healthy; I just didn’t feel alive. I felt bogged down and slow.”

When his reality show “Down to Earth”started streaming on Netflix, people started to comment on his “dad bod,” and The New York Post called it “a far cry from his ripped physique in ‘Baywatch.'” According to Efron, he was also rethinking what his body had come to stand for in pop culture. As he trains for his next big movie (which is yet to be revealed), Efron says he doesn’t want the “Baywatch” body anymore. Or, rather, he’s not willing to sacrifice himself to achieve it.