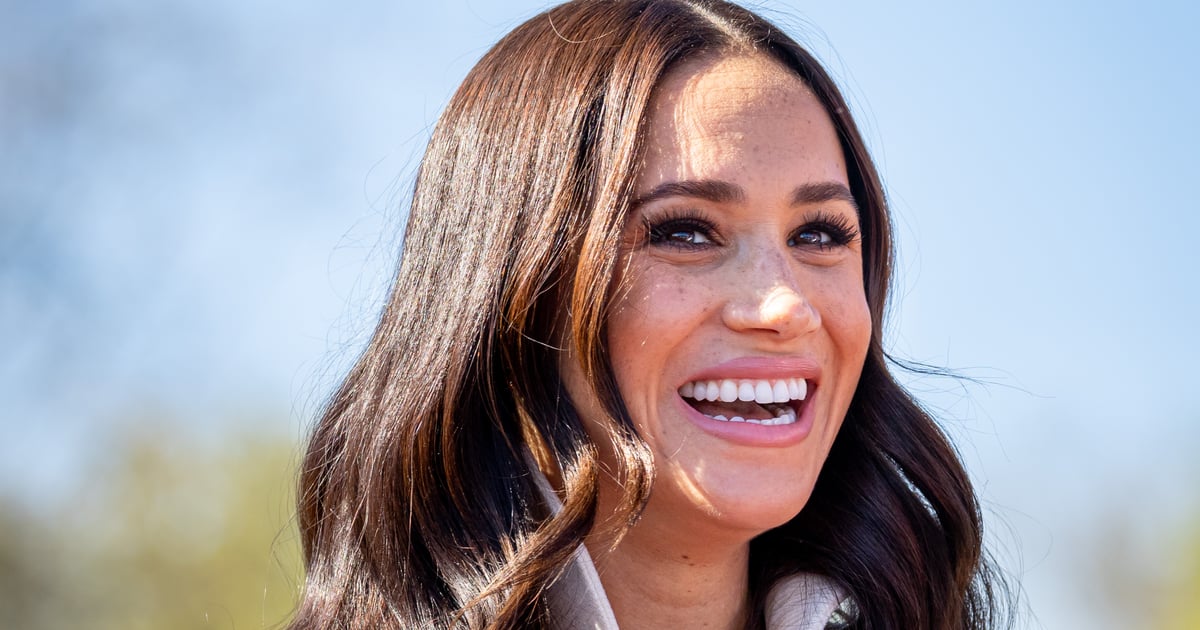 “Raise your hand if you’ve ever been called crazy or hysterical,” Meghan Markle said on the fifth episode of her podcast, “Archetypes.”

“Me too, and it’s no wonder when you consider just how prevalent these labels are in our culture,” she said.

The “Archetypes” episode, released this week through Spotify and Archewell Audio, focused on decoding the label “crazy” and how it impacts women’s mental and emotional well-being. Joining Markle were comedians Jenny Slate and Aparna Nancherla, as well as actors Constance Wu and Deepika Padukone and former Surgeon General of California Nadine Burke Harris, MD, all of whom shared their thoughts on how the term “crazy” and its many offshoots, including “hysterical” or “nuts,” act as a destructive, silencing force in the lives of women.

Speaking with Slate, Markle opened up the episode by digging into the history of the word “hysterical” — a word so often used to dismiss, minimize, or discredit women with legitimate feelings or concerns. The word “hysteria” is deeply tied to womanhood, even from its original use. Markle noted that the word comes from the ancient Greek word for “womb” and Plato, among other Greek philosophers, believed the womb traveled around the body, putting pressure on other organs and therefore causing “erratic and unreliable behavior” in women (you can read more about the “wandering womb” theory here.)

But the term’s misogynistic leanings didn’t end there, as Markle stated that “hysteria was an actual medical diagnosis until 1980” in the Diagnostic and Statistical Manual of Mental Disorders (DSM), a main tool medical providers use to assess and diagnose mental disorders.

“[Hysterical] is a definition created by a man,” Slate said in the episode. “It is a definition meant to shame and limit a certain type of experience.” The experience? Emotions, Markle said. She argued that when someone’s emotions and concerns are routinely dismissed, people often begin to believe the gaslighting and ignore their emotions and health.

“The stigma around this word also has a silencing effect,” Markle said. Wu agreed and shared how she fell victim to deep emotional repression.

“I spent so much of my life trying to repress my naturally emotional side, that, you know, it would come out in fits and bursts . . . repression doesn’t just disappear, it goes somewhere.”

Wu reflected on one “emotional outburst” that came after years of repressed pain around sexual harassment and intimidation she allegedly experienced on the set of her sitcom “Fresh Off the Boat.” After an announcement that the show would be renewed for a sixth season, Wu tweeted her disappointment and received backlash on social media for her views. The ongoing criticism contributed to Wu’s suicide attempt, which she discussed in her memoir, “Making a Scene,” and a hiatus from social media and public life. Now, Wu said she’s learning to find the tools to navigate through her emotions, rather than suppress them.

Dismissing women as “crazy” or “overemotional” has implications for physical health, as well as emotional and mental wellness.

Dr. Burke Harris said, “Even when we look at research in current-day medicine, we see that women are less often believed in terms of their symptoms for things like [a] heart attack. When women come into a hospital, there is a greater likelihood that their symptoms may not be taken as seriously, that they may not be diagnosed accurately when they’re sharing what they’re going through, and I think some of that goes back to this notion of the hysterical woman.”

Dr. Burke Harris was talking about medical gaslighting — when medical professionals dismiss their patients’ feelings or symptoms and ascribe their issues to “stress” or other psychological causes. Markle highlighted one recent example: while in labor with her daughter, Olympia, Serena Williams alleged she was told she was “crazy” after requesting necessary medical care.

The episode was undoubtedly serious, but even the act of breaking the silence around the “crazy” stigma provided a hopeful message. “Just remember,” Markle said, “you’re not alone.”

You can stream the full episode of “Archetypes” on Spotify here.

Mental health resources from Project Healthy Minds can be found here. If you or a loved one are experiencing suicidal ideation or are at risk, the National Suicide Prevention Lifeline has several resources and a 24/7 lifeline at 1-800-273-8255.