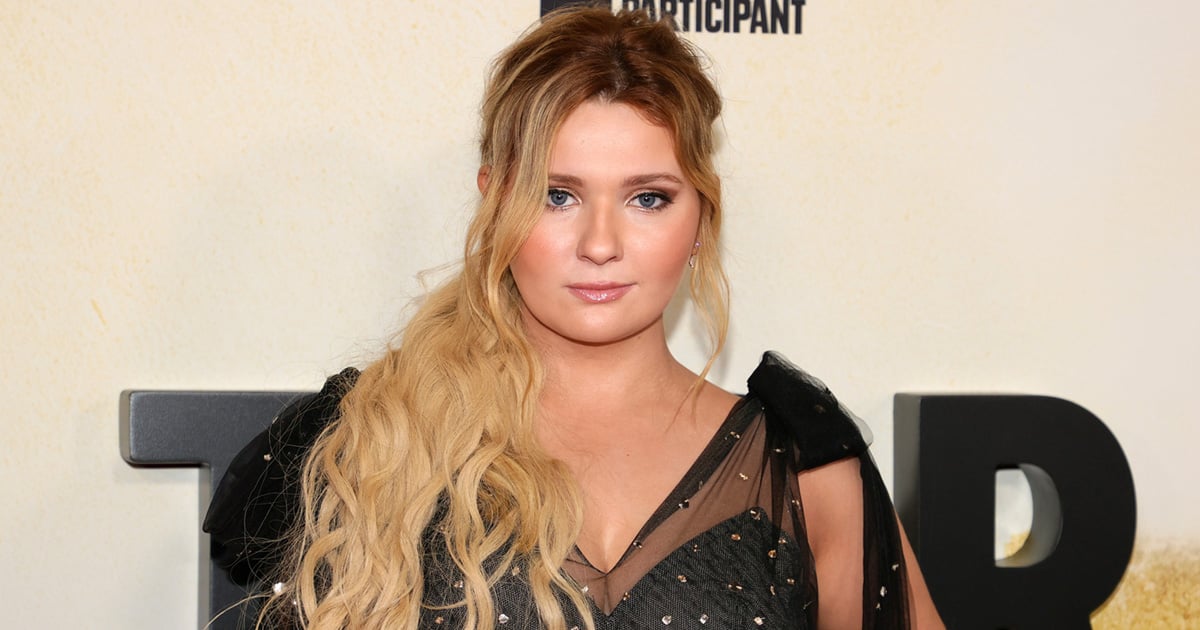 Abigail Breslin is supporting survivors of domestic abuse after candidly sharing her own experience on Instagram on Oct. 14. In honor of Domestic Violence Awareness Month, the “Stillwater” star revealed she had been in an abusive relationship for two years, during which time she was “beaten on a regular basis, locked into rooms and forced to pretend everything was ok and normal while dealing with intense injuries . . . injuries most people didn’t even see.” To conceal her wounds, the actor added that she would use concealer and caked-on foundation to “hide any and all bruises, because in some way, I still cared for this person.”

“I am beyond thankful for the support of my family and friends who played an instrumental and invaluable role in helping me leave this horrible situation.”

In addition to the physical abuse, Breslin details the “harsh verbal abuse” she endured. “I felt so unworthy of anyone’s love,” she wrote. “I felt ugly and hated. I felt like I deserved less than dirt. I was certain there must be something inherently WRONG with ME. That I was a b*tch, a problem, stupid, useless, ridiculous, overly sensitive, unreasonable and unlovable. These 2 years were the loneliest I have ever felt.”

While Breslin did not name her abuser, she did say that the aftermath of the abuse she endured is a complicated individual experience. “I still occasionally have nightmares, and certain things still do trigger me. I am still healing,” she wrote. Breslin added that she still experiences complex post-traumatic stress disorder (C-PTSD) but that it has improved over the years.

The star went on to thank her family and friends for their support as she’s continued to heal from the mental, physical, and emotional abuse. “I am beyond thankful for the support of my family and friends who played an instrumental and invaluable role in helping me leave this horrible situation,” she said. “I will forever be indebted to those closest to me for them not only assisting me, but BELIEVING me.” The star is currently engaged to Ira Kunyansky, adding that their relationship is “wonderful, healthy, happy, and amazing.”

In the comments section, fans, empowered by Breslin’s candor, opened up about their own experiences with domestic violence. “I wouldn’t wish on my worst enemy what I went through,” she replied to one survivor’s story. “People like yourself, who are supportive and kind, helps an incredible amount. Thank you!” In a separate comment about being open to love again after being in an abusive relationship, Breslin wrote, “I know it’s hard to imagine. Trust takes time. I’ve found being open and honest with my partner about my triggers/fears/concerns is really helpful. And therapy!”

With fellow survivors in mind, Breslin concluded her post with a message of hope. “If you are in an abusive relationship currently, you CAN get out of it,” she said. “I know it seems impossible and terrifying, but you have survived so much and you CAN survive leaving if you have the right tools and support.”

If you or a loved one are experiencing domestic abuse or are at risk, the National Domestic Violence Hotline has several resources and a 24/7 help line at 1-800-799-7233.