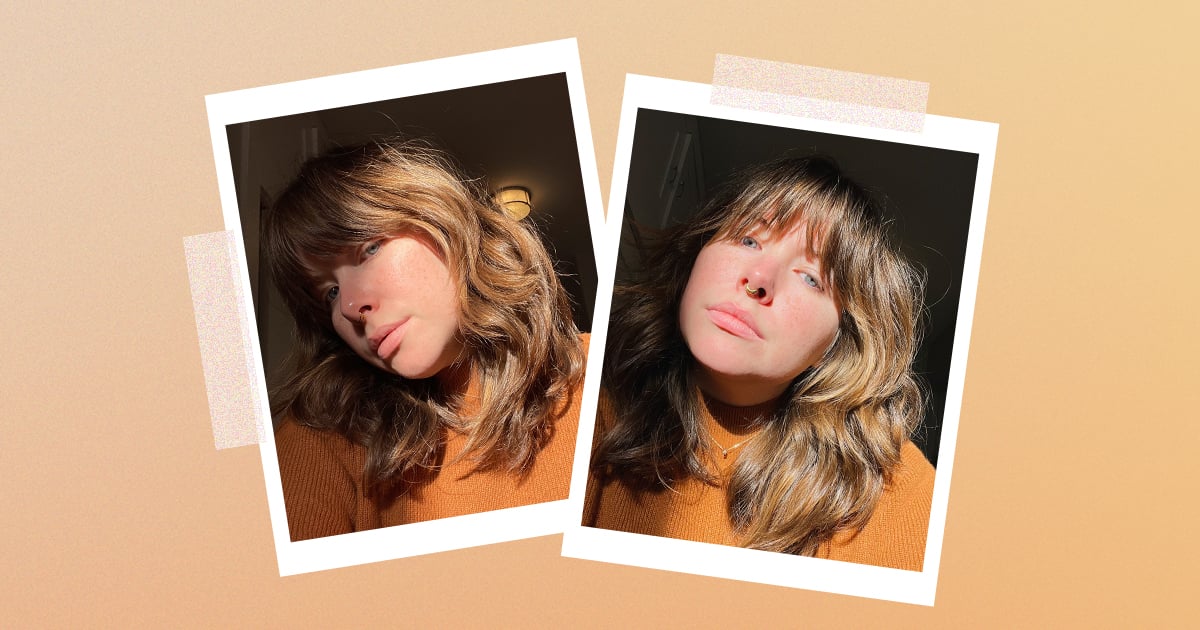 At 2:30 p.m., the winter sun hits the south-facing windows of my fifth-floor apartment. I’m set up in front of my laptop at my kitchen table when the light begins to get in my eyes. It’s about now that I typically get up to lower the blinds. Today, I don’t. Instead, I set up my phone and turn on the self-facing camera. I’ve been doing this lately. Trying to capture my reflection in this desperate act to truly see myself.

In plain language: I take selfies.

My skin is smeared with antiage serums that I pressed in with my jade roller. My hair has been lightened with a balayage highlighting at-home kit. My eyebrows, waxed for the first time, peek out from my freshly trimmed bangs. I smile to see the effects of the teeth-whitening device from Glo Science — it’s true, my teeth are five shades whiter like the packaging promised. And as I type this, my manicured nails make a satisfying click-clack noise as if I’m using a typewriter.

And for a moment, I see myself and I feel pretty. My freckles that have gone into hibernation since the summer are now contrasted by my fair skin (read: pale). My blue eyes look sharp, smart. There’s a person in there, and she has thoughts, opinions, desires. Then, the sun shifts behind a cloud, I blink, and the feeling passes. An aching is left behind, which turns into a rage. How could I be so stupid?

Is it possible that if I invest enough time, energy, and money, I will finally alleviate the symptoms of this condition?

At the start of December, as a gift to myself, I got my eyebrows waxed for the first time ever, started whitening my teeth, dyed my hair, and got my nails done. It started as an exploration of whether or not beautifying my outsides could lead to happier insides.

The moment I described earlier was fleeting, but that brief recognition of my own beauty is what I’ve been striving for, and I’m not sure if it’s worth the cost or the upkeep. If you open any social media app, you’ll see more and more people turning to beauty routines as a form of self-care. Influencers like Stay At Home Daughter give you an inside look at how much time and money you have to invest to truly “keep up with the Kardashians.”

But the key difference is: I was diagnosed with body dysmorphic disorder (BDD) earlier this year, which means my body-image concerns run a lot deeper. The condition impacts an estimated five million to 10 million people in the US, according to the Cleveland Clinic. “It is important to differentiate the mental disorder BDD from non-BDD appearance concerns,” Katharine Phillips, MD, professor of psychiatry at Weill Cornell Medicine and attending psychiatrist at NewYork-Presbyterian Hospital, tells POPSUGAR. “People with BDD are preoccupied with flaws or defects that they perceive in their appearance, which in the eyes of others are only slightly noticeable or not noticeable at all.”

On average, people with BDD obsess about their perceived appearance defects for three to eight hours a day. In addition, a diagnosis of BDD requires that the preoccupation with perceived appearance flaws causes significant emotional distress (such as depressed mood, anxiety, or shame) or significant impairment in day-to-day functioning (such as difficulty with school, work, or other life activities).

I wanted to know if my little experiment would pay off. So I talked to Dr. Phillips, who is internationally known for her expertise in body dysmorphic disorder, about whether I’m truly capable of beautifying myself into recovery. Is it possible that if I invest enough time, energy, and money, I will finally alleviate the symptoms of this condition?

The short answer: no. “For people with body dysmorphic disorder (BDD), trying to become more beautiful doesn’t help. This is because the problem in BDD is with body image — how the person sees themselves — not with how they actually look,” Dr. Phillips says. “People with BDD see themselves differently than others do — as ugly, unattractive, or even disgusting looking — when they actually look normal or even very attractive to others. Trying to change their appearance with things like skin-care regimens or hair treatments doesn’t improve their distorted body image and their preoccupation with flaws that they see in their appearance.”

Instead, the best course of action for someone experiencing severe discomfort about their appearance is to “try to determine if they have BDD and, if they think they do, to seek mental health treatment from a clinician who is experienced treating this disorder. With the right treatment, BDD is usually very treatable. For people with more severe BDD, who may be suicidal, the right treatment can be life-saving.”

But the long answer is, my experience has been a bit more nuanced. After experimenting for about a month, I will say that my beautifying efforts made some difference. After enduring a childhood of being told my teeth were “too yellow” or watching my aunts tweeze their eyebrows into a fine line, popular in the early aughts, it somehow felt healing to take how I looked into my own hands. I felt in control for the first time. Yes, there’s a danger to falling for the trends, but allowing myself to access these forms of “self-care” made me feel worthy of something bigger than each ritual. I could embrace a femininity that I used to write off as “trivial” or “silly,” as if being a tomboy meant I was above the expectations set for women.

Our value shouldn’t be based on our looks, but I’m also allowing myself to value self-care. And in doing so, I finally got a glimpse of understanding why beauty influencers enjoy experimenting with makeup, even if “they don’t need it.” It’s about flexing a personal choice, regardless of where the root of it comes from.

However, I also have to acknowledge that these external spruces won’t fix everything, like my compulsive behaviors. I sometimes spend hours trying to capture a perfect “selfie” because I don’t trust how I look in the mirror. Spending a lot of time taking photos and comparing photos is a common BDD symptom. “It’s an example of a BDD repetitive behavior, sometimes called a compulsion or ritual, that’s triggered by the appearance preoccupations,” Dr. Phillips says. Other examples are excessive mirror checking, excessive grooming, asking others how you look, and skin picking.

Unfortunately, these compulsive behaviors feed BDD preoccupations and keep them going. “Treating BDD with the right mental health treatment usually gives people better control over these behaviors, so they spend less time doing them or stop them altogether. When people stop them, they obsess less about how they look, and this frees up their time for healthier and more rewarding activities,” Dr. Phillips says.

According to Dr. Phillips, there are two recommended treatments for BDD. One is a class of medications known as SRIs (or SSRIs) such as Prozac, Zoloft, and Lexapro. (In full transparency, I’m currently on Zoloft.) These medications usually decrease appearance obsessions, distress over appearance, and repetitive behaviors (such as excessive mirror checking) and improve day-to-day functioning. The other recommended treatment is cognitive behavioral therapy (CBT) for BDD. This treatment teaches skills to overcome BDD symptoms. CBT helps people develop more accurate and helpful thoughts about how they look, resist time-consuming repetitive behaviors, feel more comfortable being around other people, and function better. Not all therapists know how to do CBT for BDD, so it’s important to find a therapist who does.

“CBT doesn’t devalue physical appearance or beauty, but it does help people appreciate other, nonappearance aspects of themselves,” Dr. Phillips adds. “CBT helps people recognize and appreciate their strengths, skills, positive aspects of their personality, and things that other people love about them. They develop a more balanced, accurate, healthier, and more compassionate view of who they are as a person.”

While it isn’t possible to heal BDD with beauty treatments, I found that taking time for these aesthetically pleasing self-care rituals often overlapped with healthy habit-making. After all, my desire for whiter teeth did encourage me to start flossing daily, which gave me a renewed commitment to dental health. I don’t think any form of healing is black and white. So I will continue taking my Zoloft and seeking professional help, but on days when I feel like it, I’ll paint my nails bright red or change up the color of my hair. Even if it brings me joy for just a moment.